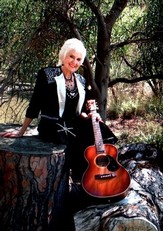 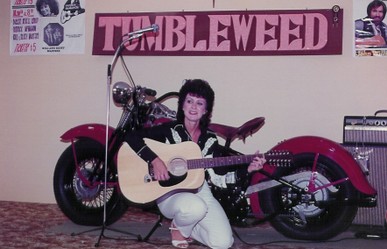 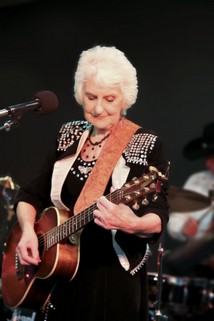 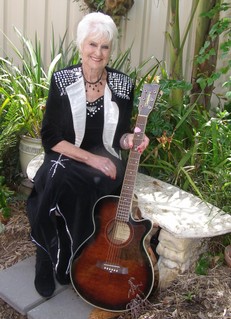 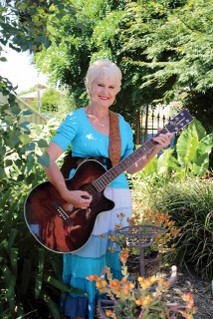 FLOREENA began her career in Country Music in the late 1960’s singing Country Music with the encouragement of Olive Bice who introduced her to the Country Music Industry.
1977 Floreena & her husband Wally Forbes formed The Tumbleweed Country Band. The band reigned or 24 years.
1979 Floreena & Wally opened up a Country Music Club in Bendigo Central Victoria, The Bendigo Country Music Club with Olive Bice as President, Vice President was Snowy Jenson, Secretary - Floreena Forbes, Assistant Secretary -Bill Moore, Treasurer - John Nadort, Assistant Publicity Officer - Ray Dalton, Program Manager Wally Forbes.  Committee Members included: Nancy Sheehan, Peter Sheehan, Noel Jenson, Hank Moore, Lyn Golding and Leon Golding. Floreena & Wally
1980 Floreena joined “CREAM OF COUNTRY” Olive Bice, Lyn Golding, and Ellen Lee Osterfield
1981 Appeared in TAMWORTH COUNTRY MUSIC FESTIVAL appearing on shows with Olive Bice, Ellen Lee Osterfield, Desree Crawford, Anne Conway, Barry Thornton, Colin James, Ivy Somerfield, Reg Poole, Barry Kenny, Snowy Jenson and many others that were performing during that Era.
1982 attended the ”WANDONG COUNTRY MUSIC FESTIVAL” one of the most memorable occasions Floreena recalls in her career was when she appeared in a Dolly Parton contest at the festival walking through the crowd with a police escort.
1980's “WALLY & FLOREENA worked together, promoting & performing on a charity shows for the RSPA during the bushfires held at the JB Osborne Theatre in Kangaroo Flat, Central Victoria with many other musicians and other charitable organisations
1981 –1985, members of the Tumbleweed band were Bill Simons- keyboard, Terry Simonds - drums, Noelene White  pedal steel, Len Pickin – drums, John Cockfield – drums, and Allan Gillingham - lead guitar
1985, Floreena continued on with her music after the loss of her husband Wally in 1984 and toured regularly with the Tumbleweed Band and performing regularly in the Barham, Deniliquin, Barooga, Rich River, Moama, Tooleybuc, Mathoura, Myrtleford, Murray Downs, Horsham Country Music Festival 2008, Melbourne, and has also travelled to South Australia, NSW, & Victoria supporting Country Music Clubs along the way touring too many venues by hiring a bus taking many of her fans with her with the Tumbleweed Band trailer behind the bus. Many of people still contact her today and talk of the great times that were had.
1985, Tumbleweed Band members, Floreena Vocals and guitar, Allan Gillingham lead and harmonies, Kevin Fitzpatrick - Bass guitar and John Doyle on Drums.
1986 John Doyle resigned to further his career, Ken Jones took over as drummer for the Tumbleweed band.
1986 Floreena cut her first CD in Wangaratta under the label of Ramic, titled “Floreena”, which is still available today.  The album contains 11 popular country tracks selected by her fans
.
1987 saw the passing of Kevin Fitzpatrick was a very devoted Bass player and lived for his music.  Kevin played his bass guitar right up to a few hours before his death.
Floreena and Robert wrote a song for Kevin titled, “Goodbye to a Friend” Robert working on the lyrics and Floreena the music. The song “Goodbye to a Friend" was recorded on Floreena’s second album titled, “Floreena Country Favourites in 1989.
1989 Floreena ventured further and travelled performing regularly to many of the clubs and hotels in NSW, Melbourne, and Central Victoria as well as her home town in Bendigo Victoria. Sometimes working three to four shows a week. still contributing her talent by raising money for the community in whatever way can.
1987 Bass Player Paul Holmes joined the Tumbleweed band in and resigned in 1989.
1989 Alex Thelma joined Tumbleweed on keyboard, Kim Crow on Bass guitar and Ted Bullow on drums.1991, Alex Thelma left to further is career in teaching and Graeme Byrnes joined the band as lead guitarist
1991 the Bootscootin’ craze had hit.  It was everywhere Tumbleweed Band had a great following.  Floreena and Robert took lessons and gave Bootscootin lessons, they then formed a Tumbleweed Line Dancers Team where they performed with the Band throughout Victoria & NSW, they travelled each week to many Country Venue’s such as the Murray Downs Golf Club, Swan Hill Tooleybuc Club, Balranald Club, Barham Club, Bendigo Club and smaller venues in their home town of Bendigo in Central Victoria
A decision was made not to tow the trailer with the car anymore, as the equipment had increased and with the car needing repair, Tumbleweed hired a bus to take the band to and from their destination, towing the band trailer behind the bus taking the Tumbleweed fans with them. Many memorable tales and stories arose from these trips, some of which are still talked about fondly to this day by the band and all their fans, great nights of music and dance were held.  Floreena making sure all her fans were kept happy by adjusting the line dancing to many of the old time dances, in other words, a dance for everybody from the Fox Trot, to Pride of Erin, to Evening 3 step Rock and Roll and more.
The Bootscooters always being courteous to the other dancers by keeping to the outside part of the dance floor, on many occasions some of the venue’s had 2 dance floors making it so much easier with the Bootscooters on one floor and old time dances on the other.

Floreena would name the dance, this arrangement worked extremely well with everyone kicking up their heels and having a great time. The Tooleybuc Club had around 1200 people on a social night organised by the Tooleybuc Bootscootin’ Club, with the atmosphere being electric, everybody talking about the dance they would do or by following the program.
The Murray Downs Club Swan Hill would clear away the chairs from around the dance floor to make more room to be able to accommodate all the dancers. The Tumbleweed Line Dancers would perform in front of the band all dressed in uniform, always happy demonstrating the dances. With the band working more regularly, Tumbleweed included Paul Deborteli.  As their roady and bus driver, then Wayne Maisey, Nick Nchrama and finally Robert.  Many happy stories are being talked about today by the band and all their fans that made the journey a happy one.
The Tumbleweed Band became very popular between the 1980’s up to 2006 working on a regular basis and touring over much of Victoria and NSW and many parts of Melbourne.
Many great friendships were made during those years and still remain to this day, even though the Tumbleweed Band has retired.  The Bootscooters are still following the socials and meeting up with their friends, and remember the Tumbleweed Band were it all began.
1995 Floreena teamed up with the bass player Jim Moran.  Floreena and Jim continued on as The Tumbleweed Country Duo, still working in the same venues with backing tracks still maintaining their popularity, the line dancers still Bootscootin’ to their favourite songs.
BBB-BENDIGO BLUEGRASS BAND
2006, Floreena formed a Bluegrass Band "BBB” - Bendigo Bluegrass Band. Members were Floreena Forbes (Lead Vocals, Rhythm Guitar.), Geoff Morris (Vocals& Harmony), Sue Webb (Mandolin, Harmonica, and Harmony), and Roy Webb. (Guitar Harmony), Chris Ryan (Banjo Harmony), Tony Ryan (Dobro), Finn Mathews (Slap Bass), Penelope Somerville (Fiddle & Harmony). The group would eventually go on to rename themselves the Band Tumbleweed.
2008. Floreena was diagnosed with Breast Cancer. This set her back for a time and later continued on doing what she loved, "Country Music" Floreena continues to be a strong advocate for raising money for Cancer awareness and those affected by the disease, as well as continuing her work with numerous charities, the elderly and raising money for people in need, as the years continue to roll by and Country Music is still a big part of Floreena’s life.
2014  2015                                                                                                                                                                       Still today actively involved organising and participating in successful fundraisers for many charitable organisations since the early 1970's. Including Lions & Apex Clubs. Events for Cancer research, the Salvation Army, RSPCA, Bush Fire Appeal and the Australian Niemann Pick Foundation plus others,comforting the elderly in nursing homes & more.
Floreena has continued to give her time voluntary to help raise funds for the elderly & entertaining in many nursing homes, and many other charitable organisations as well as enjoying her music appearing solo or with Olive Bice as “Bendigo’s 2 Country Divas” and performing as a guest artist with other musicians.
Resent Awards
2017 Floreena was inducted the Tamworth Country Music Broadcaster Hall Of Fame
2018 was awarded “The John P Toomy” award for  services to Country Music at the Dubbo Spectacular
2019 Floreena appeared in Tamworth with Fibber Parker, Tamworths longest Serving Entertainer appearing on the Fundraiser show  “ Doing It For our Farmers singing her traditional country music and Donating her time.
2020 Returned to do it all over again in 8 shows including  “Doing It For The Farmers Fundraisers” being held again at the Pub  99 Gunnedah Rd Tamworth on 23.1.2020
Fibbers other shows being held at
Kootingal Bowls Club ,Nemingha Tavern,Family Hotel. Tamworth, Band members,  Fibber Parker, Allan Gum,
TC Brown along with other great Muso's  Floreena herself. 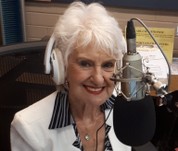