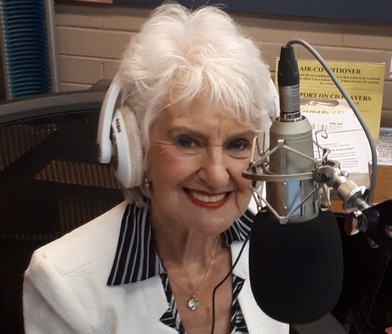 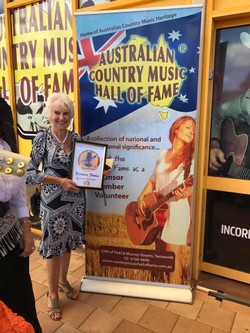 Foundation Member of 106.7 Phoenix Fm in 2007
2017 Inducted into the  the Tamworth Australian Country Music Broadcasters Hall Of Fame
2021 Awarded  Victorian Senior of the year  (COTA) Council Of The Aging.
Floreena  continues to present Country,Bluegrass,Blues Music & Music Mix
Streaming Live 11 -1pm each Thursday on 106.7 Phoenix Fm
click on our Logo & tune into interviews & live music in the studio. 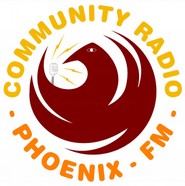 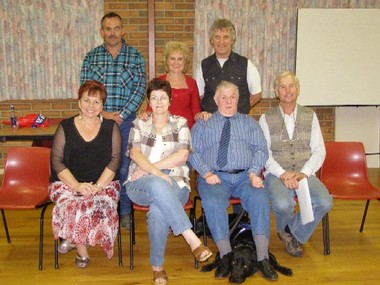 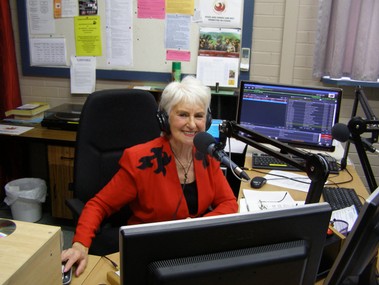 Floreena Forbes Radio Bio
Floreena  began broadcasting on Triple C Fm 1996
Triple C Fm was a local community radio station established in Harcourt in 1982 and by 1996  was broadcasting from 120 McCrae Street, Bendigo Victoria
Anne Conway (who was a presenter at Triple C at that time) asked me if I would like to train as a radio presenter on Triple C Fm a local community radio station, which of course she thought an exciting new adventure and  went on to present a popular Country Music, classic’s, Bluegrass, program. moving to a morning Country program 6 - 9pm
Floreena went on to presented a very popular Bluegrass Program with Geoff Morris on 3 Triple C FM
Triple C Fm later became known as Fresh FM – the name it trades under in the present time.
During her time at Triple C Fm she trained many new announcers, and was on the Triple Fm Board of Directors for 6 months.
Floreena was recognized for organising several Fundraisers for Triple C Fm.by running Country Music concerts at the Botanical Gardens Hotel from 2001.2003. 2004.2005.2006  and rang three shows in 2006.
One such occasion was a Country & Rock and Roll Gala Spectacular Show which featured JeNe West from the USA along with many of Bendigo’s own local Artists such as Doug Bruce, Pete Gervasoni, Alley Gook, Cameron Mason, Penelope Somerville, Olive Bice, Floreena Forbes, Andrea Bice, Anne Conway, Jill Meehan, Colin James, Barry Kenny and Lyn Cook.  Bands featured on these shows as a backing band and also performing in their own right were The Rebecca Somerville Band, Ovation Boys, Midnight Blues, 501, Avalanche, The Buzzards and Triple B Bluegrass Band.
She  recalls a time when She was interviewing Local Bendigo Artist, Rebecca Sommerville in the studio of Triple C Fm, at the same time had another artist from the USA call in by the Phone line to the studio at the same time, they both were able to talk about a CD that had just released together.
Well known Country Music artist, Adam Brand came to Bendigo to do a shopping centre promotion and Triple C was asked to host his promotion at Lansall Plaza Shopping Centre, Kangaroo Flat.  Floreena was given the honour of being the MC that day. The shopping centre was packed with the many fans having their hats, memorabilia and CD’s signed by Adam Brand.
Slim Dusty made a visit to Bendigo on 16th November 1988.   The then Mayor welcomed Slim to Bendigo with a Civic Reception and a morning tea for him & Joy Mc Keen which was hosted by Floreena Forbes & Anne Conway
In 2006 along with a group of former radio presenters started meeting with the view of possibly forming another community radio station in Bendigo with the view of bringing back true access community radio to our community. Floreena totally agreed with this sentiment and recruited others to this cause.
In 2008 she was diagnosed with had breast cancer and while undergoing treatment was evacuated from my home because of the bushfires that were close to my home. her home was saved and a few months later she returned to 106,7 Phoenix FM.
In our early days Floreena trained many new presenters on 106.7 Phoenix Fm and was quite involved with other members in fundraising to help Phoenix FM get to air as there were many expenses to be paid to get a licence. she put her hand up to run Country Music shows, Chocolate Drives and Bootscootin’ Fundraisers with all proceeds being donated 106.7 Phoenix Fm
and was elected to be one of the foundation Committee Members of 106.7 Phoenix Fm 2007 Foundation Committee Members “Peter Williams, Floreena Forbes, Eddy Ford, Anne Conway, Glenda Eddy, Geoff Morris, Brian Hotham.
Floreena included a half hour segments during my shows titled Country Music with Country Music Historian Jack Paten titled “Pioneers of Country” and “Your Pet & The Vet” with Veterinary Surgeon Kellie Anset BVSc
Today in 2021 106.7 Phoenix Fm is a thriving radio station in Bendigo Central Victoria, broadcasting nationwide by streaming live bringing in requests and interviews from overseas as well as local.
Floreena  promote Country, Bush Balladeers & Bluegrass music on my radio programs and website www.floreena.com this website began in 2007 and continues today.
Today she enjoys promoting other artists on her website Floreena Promotes Country and facebook pages.
During the Lockdown phase of the current pandemic, initially recorded her weekly program from her home studio but after a little while returned to live broadcasting as she was happy with the COVID Plan Phoenix FM had in place to keep all the presenters safe.
In 2021 is still presenting programs on 106.7 Phoenix Fm 2021 Most Thursdays interviewing many of our past, present and future Australian Country Music artists, many going back from the early Tamworth years to now.
2017 Floreena was Inducted into the  the Tamworth Australian Country Music Broadcasters Hall Of Fame. 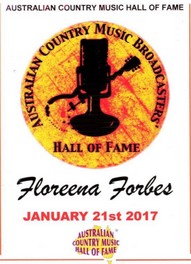 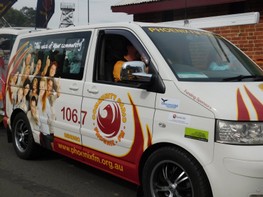 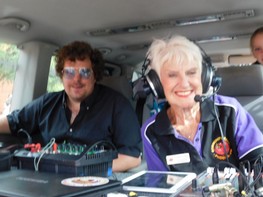 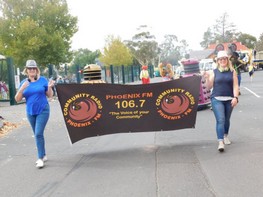 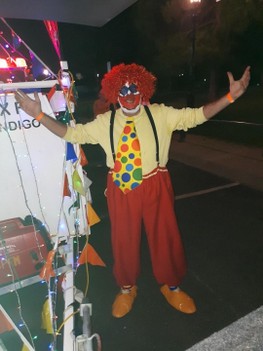 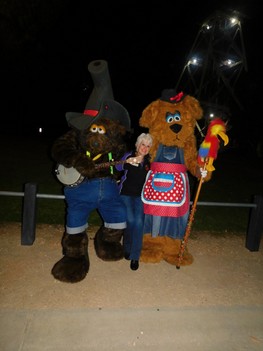 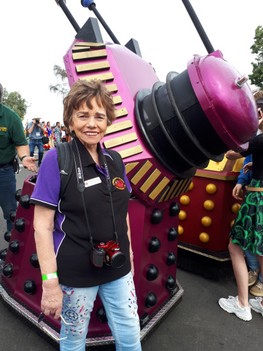 Phil Beer
at the Easter Parade 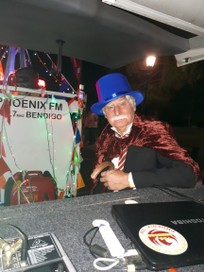 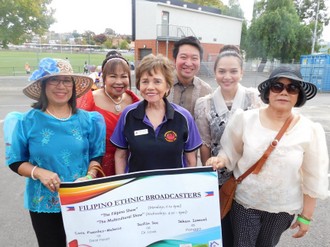 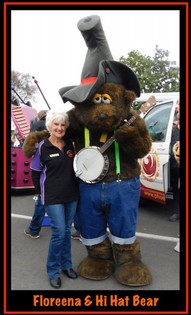 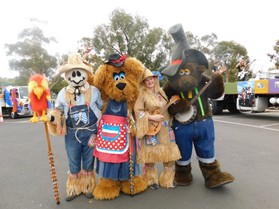 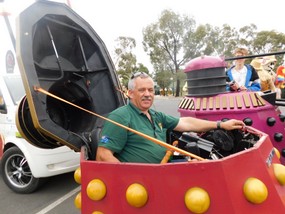 Outside Broadcast Van Driven by Zac 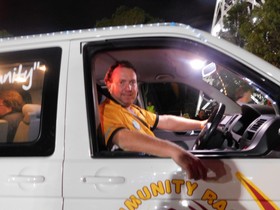